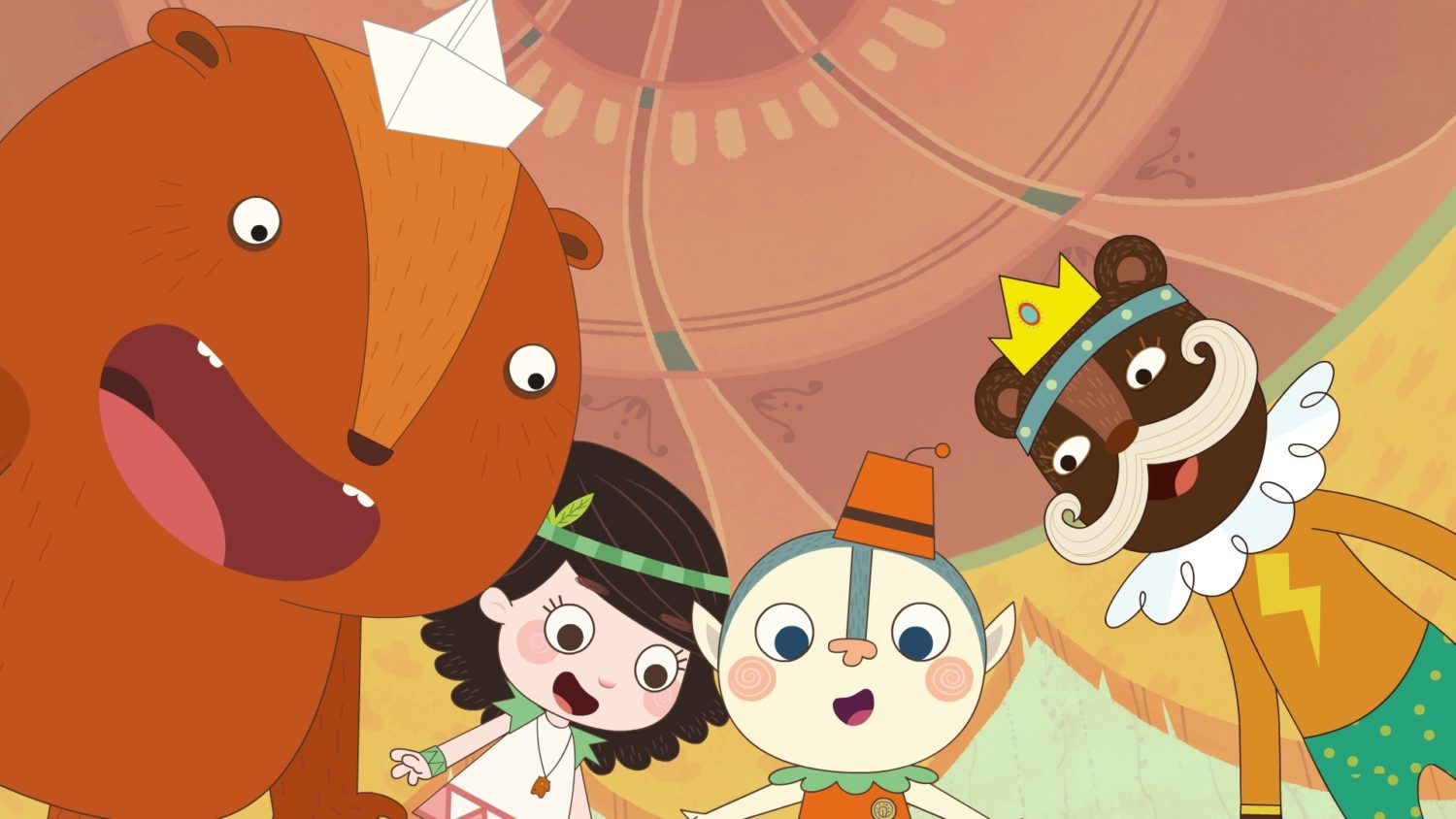 It premiered in China in 2017 on the largest free-to-air broadcaster CCTV and 50 more domestic broadcasters including Beijing Kaku kids and Guangdong Jiajia kids. It also aired on leading video sharing platform Youku and other international platforms including: VPRO in the Netherlands, VRT in Belgium, YLE in Finland, be Junior in the Middle East and North Africa, CJ ENM in South Korea and Paka Paka in Argentina.

On Youku, the new season received more than 30 million views in a two-week period, making it the most watched show.

Emmy & Gooroois centred around a five-year-old girl Emmy and her best friend, a furry and huggable creature called Gooroo. Emmy is the only human in the magic forest, but due to her practical skills she manages to overcome the challenges that brings. Gooroo takes care of her and their world is full of fabulous creatures such as animals and plants that can talk, dance and even cook. Every day brings a new adventure and exciting challenges.

The show is supported by an international consumer products programmewhich includes publishing, toys, home textiles, apparel, accessories, stationary. A hotel is planned and will be announced this summer. The show has had numerous partnerships with schools and nurseries.

Jetpack Distribution’s CEO, Dominic Gardiner, says: “We are delighted to welcome Emmy & Goorooto the Jetpack catalogue. It’s a hugely engaging show for pre-schoolers globally, containing the much-loved elements of magic, fantasy, forests and interesting and diverse characters. Its success has already been proven in both Asia and Europe and we’re looking forward to finding it more homes.”