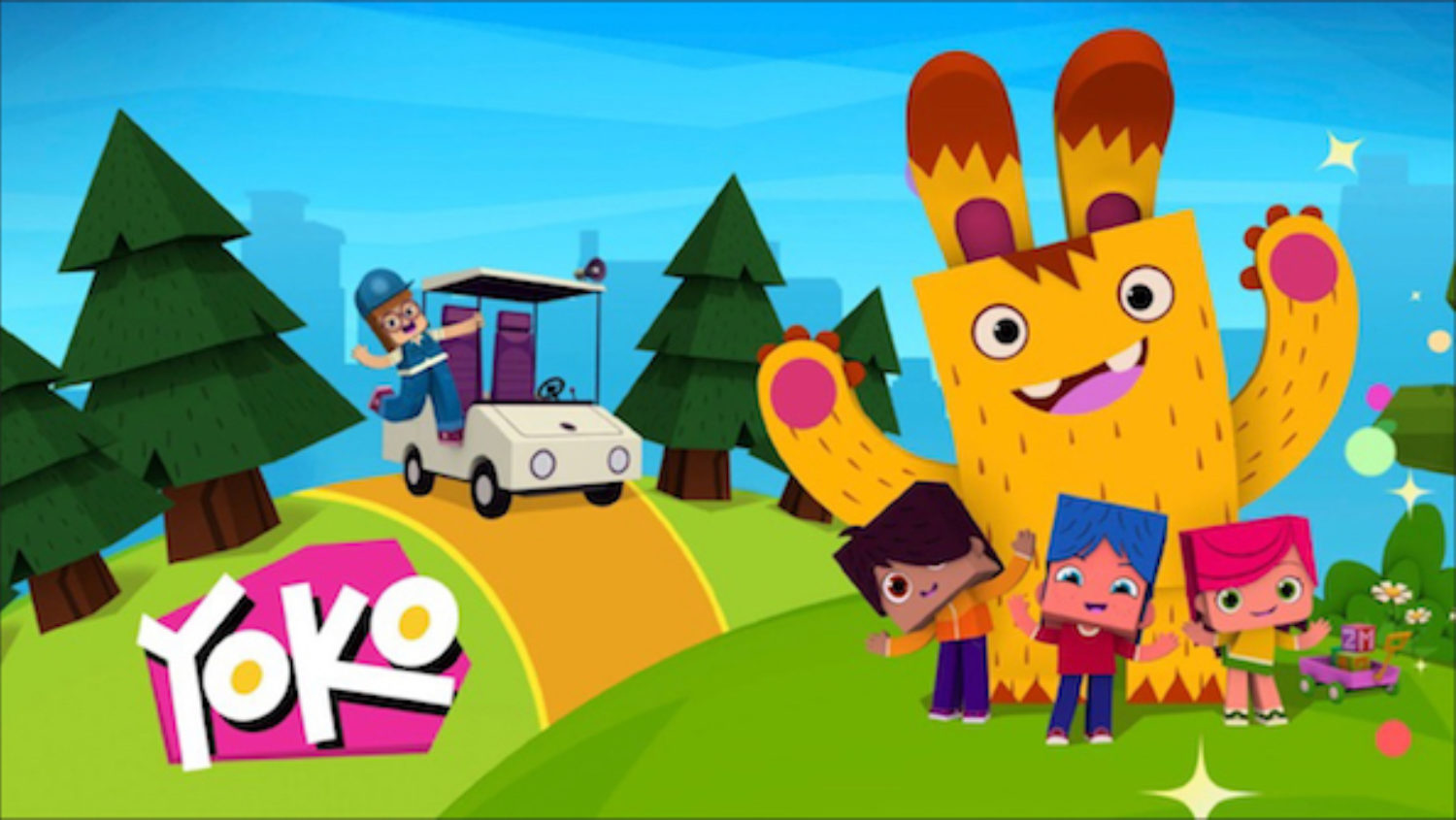 Global distributor, Jetpack Distribution, has inked multiple broadcast agreements with leading channels around the world for their pre-school children’s hit, YOKO, it was announced today.

YOKO premiered in Russia on national channels CTC and Karousel during the weekends in the end of 2016 and separate broadcast deals have also been inked by Russian co-producer Wizart after their distribution arm, Wizart Distribution secured Russian broadcasters including; educational channel O! (Pay TV Worldwide), Mult, Tlum and Ani (Pay TV), VTV in Belarus and ETV in Estonia.

Wizart has also secured a Master Toy agreement with leading Russian licensor, Bauer, who will be launching YOKO construction sets and deals have also been signed with Russia’s DUM for a range of wooden toys and with Alliance (creativity kits). YOKO’s Spanish partners, have also concluded a Master Toy agreement for the franchise with Spain’s Bizak. The new range of YOKO toys from Bizak will include plush, action figures and construction sets and are set to launch at retail from Winter 2017.

A co-production between Russia’s Wizart and Spanish animation houses Somuga and Dibultoon as well as fellow Spanish co-producer and broadcaster, TVE, the 52 x 12 minute, 3D animated series which is targeted at children aged 4-7 years follows the adventures of three children who simply love to play outside. The enthusiasm and energy they put into their games awakens the magical creature called Yoko. Yoko takes ordinary children’s games and turns them into extraordinary adventures, making every day in the park a new and exciting challenge.

Commenting on today’s agreements, Dominic Gardiner, CEO, Jetpack Distribution said: “We are delighted to be partnering with some of the world’s leading broadcasters and toy companies on YOKO. These new agreements underline this quirky brand’s broad international appeal and we are excited that the show is attracting attention from broadcasters and licensing companies in these key markets and beyond. YOKO is already resonating with kids in Spain where it recently launched on TVE’s kids channel, Clan tv. I look forward to introducing YOKO to potential new partners at MIPTV.”