MASTER MOLEY BURROWS INTO EMEA THROUGH NEW DEAL WITH BOOMERANG 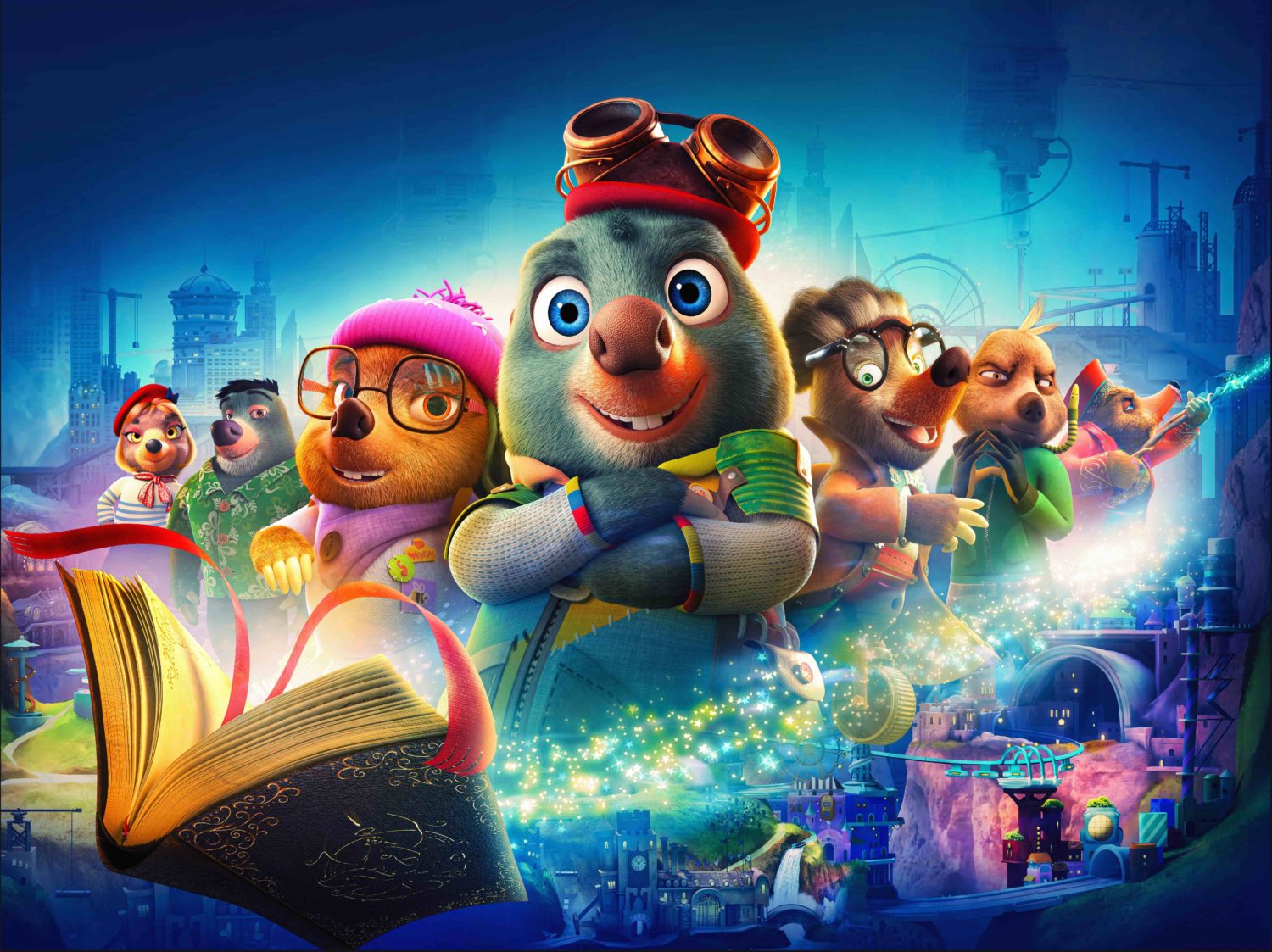 The enchanting world of Master Moley and friends, featuring an all-star cast, is set to charm young viewers and families in over 100 countries across EMEA following a new deal with WarnerMedia, which brings the animated tale to leading children’s platform Boomerang and select free-to-air channels.

Created by British entrepreneur James Reatchlous, Master Moley is based upon an original idea conceived as an imaginative bedtime story for his children. The animation follows adventurous mole, Master Moley, who lives deep in a burrow under Windsor Castle in the bustling city of MoleTown, where he is the keeper of a magical book which has the power to bring peace between humans and moles.The colourful, heart-warming tale follows Master Moley and his friends on adventurous missions, encapsulating a sense of discovery and humour, wrapped in the warmth and comfort of family life.

Produced by British animation production company Nottage Productions, which produces high-end animation for film and television, both the 30-minute special and the series are being produced by Tony Nottage, and executive produced by creator James Reatchlous and Warwick Davis, who voices the titular character. The 30-minute special is directed by Leon Joosen (The Little Mermaid, Scooby Doo, Aliens in the Attic), written by Ricky Roxburgh (Tangled: The Series, Spy Kids: Mission Critical) and Arthur Landon (Side by Side, Idle-Hands), with animation services provided by Cosmo-Giantwheel and a musical score from award-winning composer Lorne Balfe (The Lego Batman Movie, The Crown).

Master Moley By Royal Invitation has been completed and is set for release from November across EMEA on Boomerang.The special introduces viewers to the secret world of moles and to Master Moley, as he becomes the keeper of a magical book and makes his first trip to The Great Above to seek help from the Queen of England.The 30-minute animation has already created buzz with audiences through touring the short film festival circuit in 2019, picking up several awards at the Latitude Film Festival, LA Independent Short Film Awards and Global Shorts Awards.

The full series, The Misadventures of Master Moley, which will introduce viewers to new characters and the wider hidden world of MoleTown, is set to go into production later this year.The writing team includes Ricky Roxburgh, who returns on the series, alongside Bart Coughlin (Alvinnn!!! And the Chipmunks), Todd Ludy (Wacky Races), Leanna Dindall (Tangled: The Series), David Schiff (That '70s Show, Tangled: The Series) and Tony Nottage, who have been developing the series storylines during lockdown through a virtual writers’ room.

Creator and Executive Producer James Reatchlous said; “The story of Master Moley simply started as a bedtime story for my daughters, but it has been wonderful to see the character brought to life by so many incredible people – from the creative team to the fantastic cast.I couldn’t be happier that so many young viewers will be introduced to Master Moley, and I hope they get as much enjoyment from the stories as my own children did.”

Dominic Gardiner, Jetpack, said; “From the moment I first saw Master Moley, I loved the show. The moles are loveable, charming, and relatable characters with huge appeal for kids and families globally. The style of the animation is timeless, and I personally love that it’s a passion project based on James’ stories and powered by his vision and creativity. Master Moley has a real star quality and, of course, a stellar cast. At Jetpack, we look for heart and humour in the animated series we acquire, and the series offers both in abundance.”

Warwick Davis, who voices Master Moley and is an executive producer, said; “It has been a wonderful experience bringing Master Moley to life.He is such a delightful and endearing character, and the whole world of MoleTown is enchanting.It is incredibly exciting that our moles have found a home on Boomerang, and to be able to share Master Moley’s adventures with audiences is a joy.”