Outfit7 Limited is one of the fastest-growing multinational family entertainment companies on the planet, best known for its global phenomenon Talking Tom, which grew from an instant app success into a fully-fledged media franchise in the years since its launch.

Founded in 2009 by entrepreneurs on a mission to bring fun and entertainment to all, Outfit7’s highly successful portfolio now includes free mobile apps and games, a CGI animated series and web shorts, a global licensing and merchandising program, and chart-topping YouTube videos.

Talking Tom and Friends is known and loved in 230 territories around the world and the app has been downloaded more than 6.5 billion times. Talking Tom is taking over TV!

The global app sensations, Talking Tom and Friends, are now the stars of a TV show. The series follows the gang’s adventures as they make their own show from the (relative) comfort of Talking Tom’s garage-turned-app studio. Although things never turn out the way they planned, together Talking Tom, Talking Angela, Talking Ben, Talking Hank, and Talking Ginger are unstoppable!
See the Show Mini in size, massive in fun.

Talking Tom and Friends at their cutest! Mini in size, but massive in fun. The Minis series offers a glimpse into the day-to-day world of the characters we all know and love. It’s the world where they do the most ordinary things in the most extraordinary ways.
See the Show 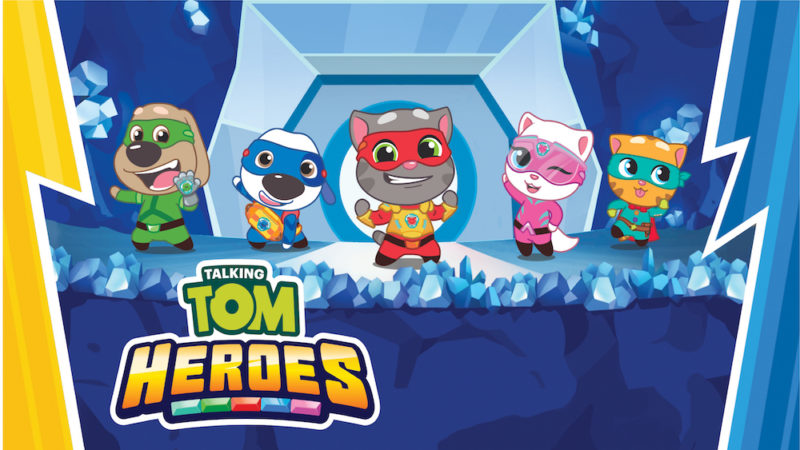 Talking Tom Heroes to the rescue!

Thanks to a few super-upgrades, power crystals and cool new gadgets your favourite Talking Tom and Friends characters have been transformed. Now, superfriends and amazing heroes, they're here to save the day in this action packed animation series!
See the Show